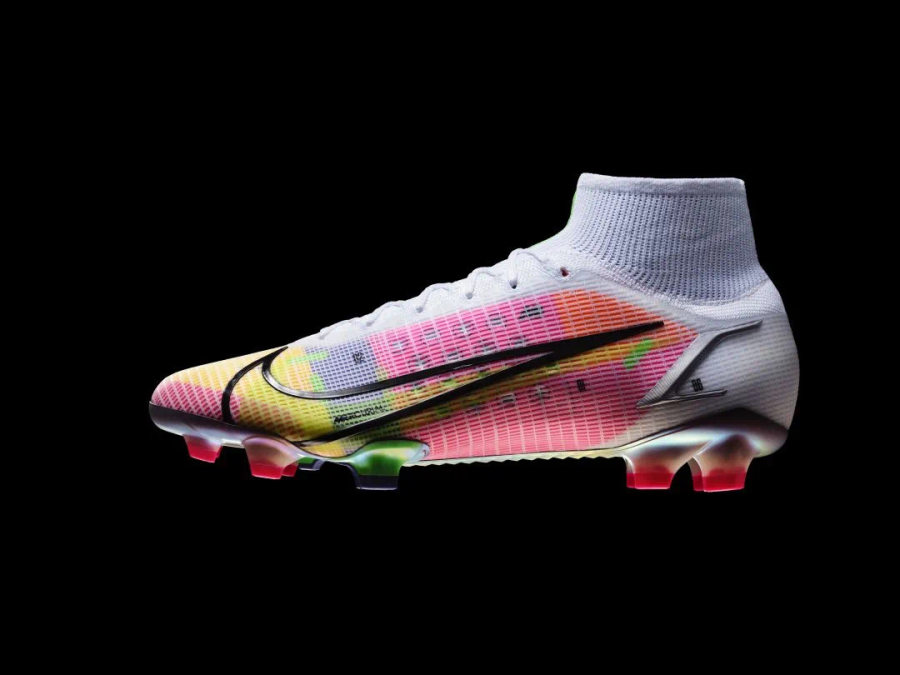 Tony Shoe believes that the Nike Mercurial series of football boots are synonymous with speed and evolve with the development of football. The newly launched Nike Mercurial is the best example of Nike's continuous breakthroughs in its pursuit of perfection. 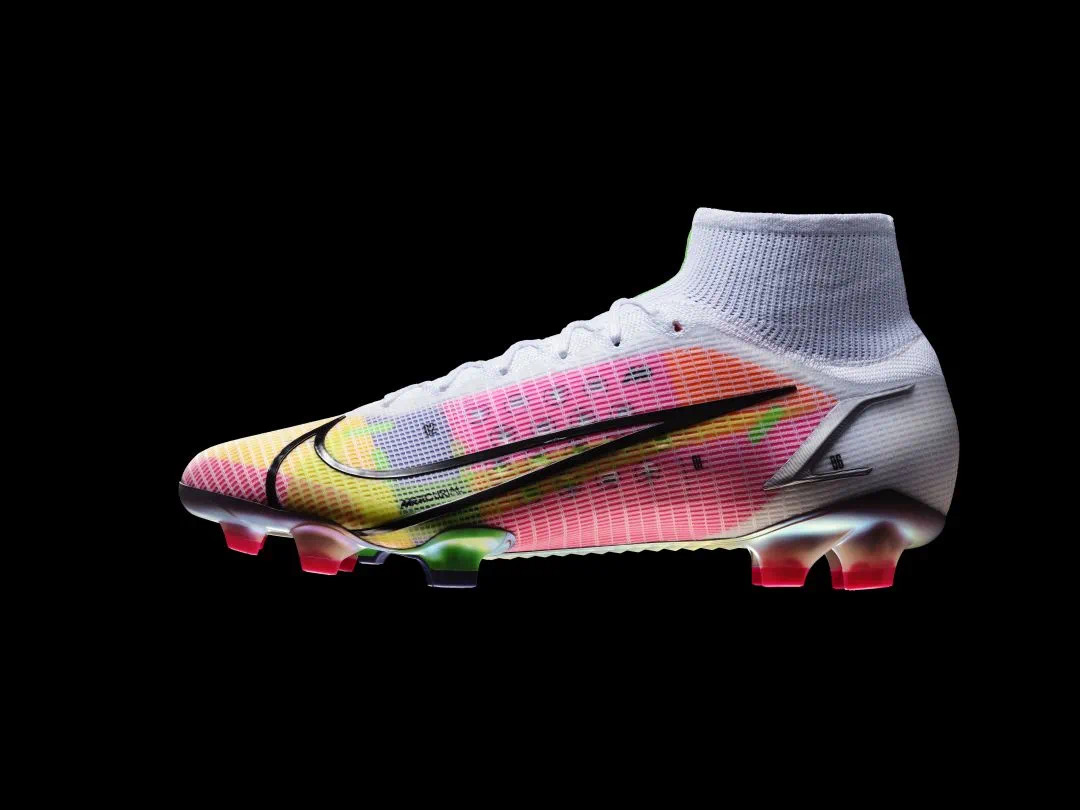 According to the immediate needs of athletes, this football boot focuses on the following four aspects:

Fit: The wrapping of the shoe facing the instep is natural and unconstrained.

Touch: The ball is smoothly touched, and the athlete can maintain precise control of the ball even in high-speed motion. 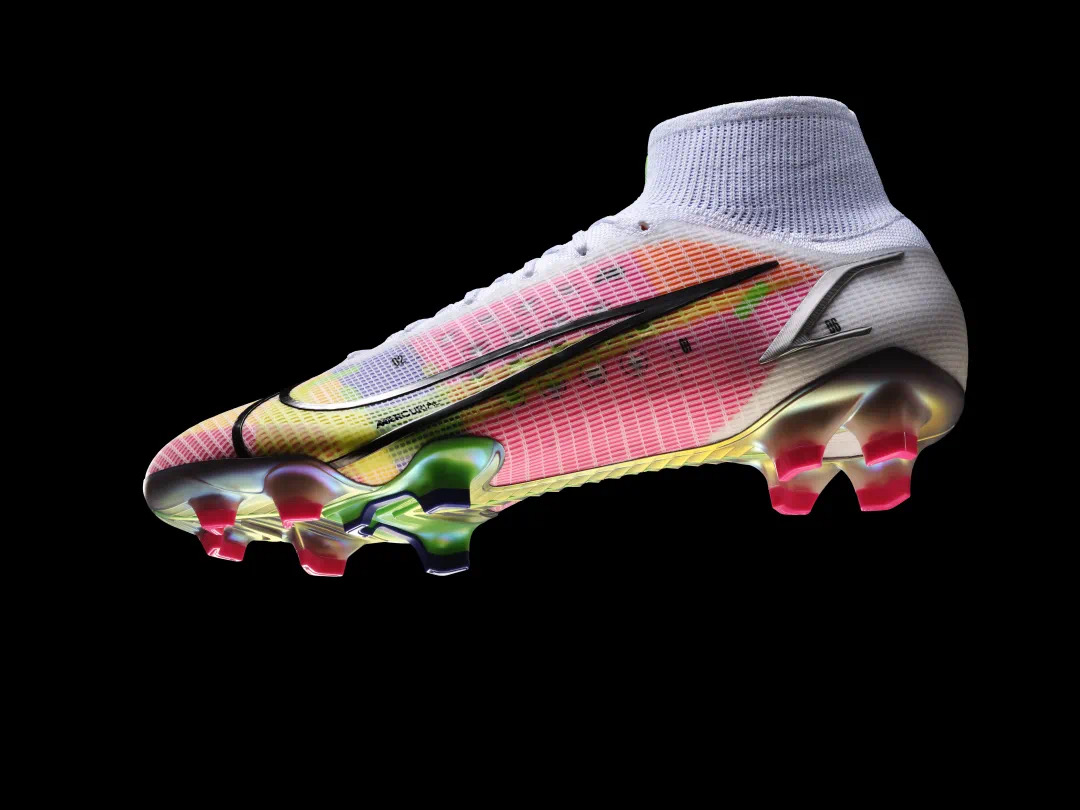 Starting from the above four functions, the design of the new Nike Mercurial draws on the geometric structure of the dragonfly's wings to help players achieve better performance on the court with a reduction in weight. This design simplifies the sneaker into seven key parts to achieve the lightweight and high performance of the sneaker, and presents each part in a visual way, highlighting the design aesthetics of the boots and the pursuit of excellence in speed. 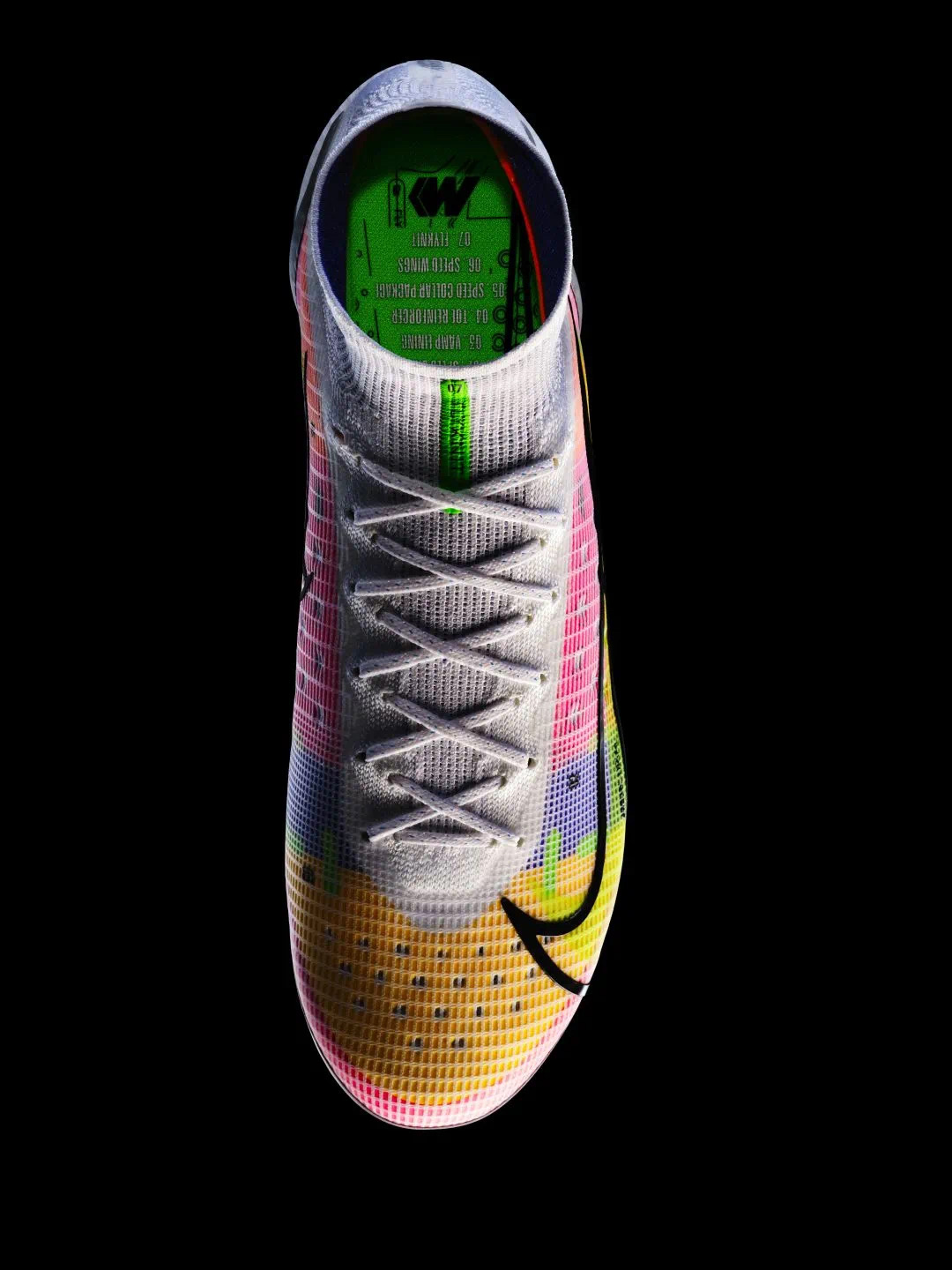 Inspired by the bright color matching of the computer motherboard, the appearance of the boots presents a digital dreamy visual effect. It also pays tribute to the Nike Mercurial, Nike's first football shoe born for speed, which was born 23 years ago.